Micah’s body seemed to agitate with that kind of undisciplined nervous energy that wiggles through many 3rd grade boy’s bodies. You know, the kind of boyish energy that rebels against him making eye contact and that prevents your 200-pound weight difference from properly intimidating him because he doesn’t focus long enough to see just how painful it would be if you sat on him?

It was story circle time at a Wednesday night Stockade meeting and the kid just would not sit still or stop talking. Micah was new so Ranger Steve informed Micah that every time Micah spoke, moved, or in any way distracted the other boys he was going to be held back from game time for 1 minute. He quickly racked up ten agonizing minutes that he would have to wait alone with Ranger Steve.

As the story time ended Steve decided to go out on a limb in order to try and teach the boys a double edged lesson on both justice and mercy. Before the other boys ran off to play he told the boys that for every one of them who decided to stay back with Micah he would take a minute off of Micah’s punishment.

The response was not overwhelming. The boys stood there stone silent looking nervously at each other, and Steve started to sweat. Was this lesson about to backfire? Micah was not an easy boy to love. If love was going to show up it was certainly not because Micah deserved it.

Steve held his breath … and waited. Without warning the tension broke as one boy stepped forward. Then, as Steve’s watched in unbelief one after another of the boys chose to give up his play time to stand with Micah.

The story could end there and a bunch of great lessons could be observed about justice, discipline, love, selflessness, and mercy. And the fact is that Micah’s behavior did dramatically improve after that night. But the story gets even better.

The next week a number of boys had chosen to act up and were being held back from their game time. Micah WASN’T one of them. When it was time to get up to go to play, however, Micah stood up and instead of running to the door he walked over to where the boys were, sat down, and chose to wait with them the way that they had waited with him a week before.

Consider for a moment how important this moment was. Because of the loving discipline of a godly man and a risky real life demonstration of unconditional love, this little boy got to taste mercy. And as Jesus taught his disciples … having received much love the week before, he now desired to extend that same love to others.

Our first concern as leaders ought not to be that this experience made Micah a “better person.” The message of Christianity and the purpose of discipleship is not foundationally to make moral people. Our first goal is to introduce sinners to their savior. It may be that this first taste of mercy received at the hands of a Stockade Ranger and his Stockade peers will cause the eyes of his heart to open wide the next time he hears the truly good news about the great mercy that Jesus showed toward undeserving sinners. 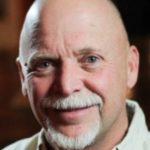